Working Through a Crisis 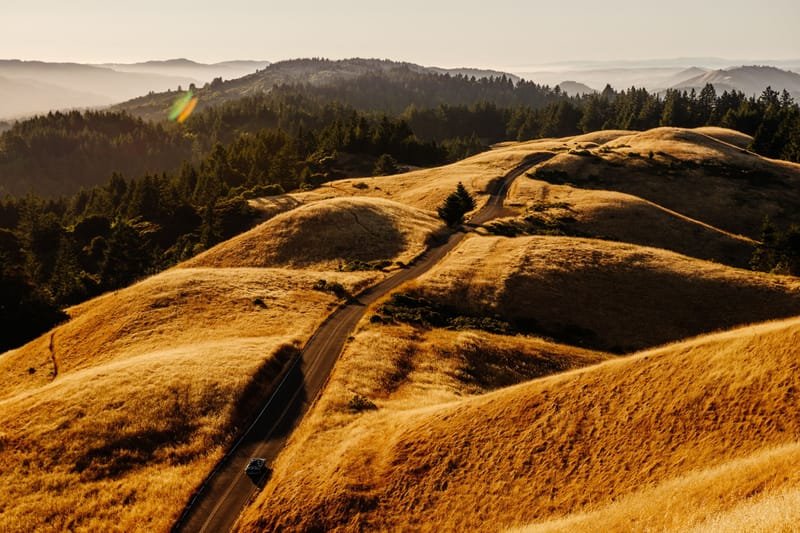 If the earth had determined that it's tenuous balance between calm and catastrophe, buzz and cacophony, wellbeing and constant disruption had experienced its last tolerable assault and rudely diminished indifference from the human arsenal, here remained in my mind only one question....

It was March 17th 2020. The day before, on my way home from Morton Bakar Center a 97 bed psychiatric skilled nursing facility where I am the director of psychiatric rehabilitation, I had learned of the immediate shutdown of the entire bay area. We heard "shelter in place" for the first time as if another Pearl Harbor had occurred. We were ordered to remain home, shut out the lights and hide under our desks. Or so it seemed.

Now, only hours later I arose to early light in my already quiet neighborhood in Contra Costa County and heard for the first time something I had never heard before. This, despite over 30 years of tinnitus that I had acquired as a dull ringing in my ears during a loud theatrical run.

This particular morning sound, however, was deep and dissipated. It was the sound of no sound. It was the sound of people, not working, not rising, not getting the children up for school. It had a true solidness and it was surreal, apocalyptic, sudden, frightening, disquieting and filled with a dull anxiety. For surely something was wrong, and I was going to my job in Hayward.

I ate quickly, left my sleeping wife and pulled onto a deserted highway usually lined with traffic even during my early commute.

March in the bay is always frosty and a new cold front had moved in revealing snow on our Mt. Diablo and more promise of snow in the Sierra Nevada that night.

I avoided the radio and news as had been my habit in prior weeks while our unit sought to create a corona-virus task force that met daily with exhausting morning rounds of new plans and alterations in nursing, social work, and my department, rehabilitation.

The first two days of this new team felt more like two weeks as reports of the advancing virus littered the airwaves. Infection had literally been reported two miles away at a neighboring unit and our team, still without adequate masks and only beginning a plan, felt vulnerable and tense. Hence, no radio or news for me on the first lock down day.

I didn't want to know.

Either I was going to work or not. Clearly I wanted my , "eye on the prize, " keep the virus out!

What to do on the long drives?

Music was not enough of a distraction. I thumbed through a collection of audio books and settled on some Jack London audio short stories. His romance, philosophy and focus on the grandeur and beauty that was my home in the bay area seemed a suitable distraction and would remain so for many weeks.

I circled Mt Diablo on my way down the bay and heard masterful terse words about nature and the sudden violence that can emanate from her.

"Bear with me a moment and look at it" A steady voice of a volunteer for libra-vox recording came over my car speakers. "Here am I, a little animal called a man—a bit of vitalized matter, one hundred and sixty-five pounds of meat and blood, nerve, sinew, bones, and brain,—all of it soft and tender, susceptible to hurt, fallible, and frail. I strike a light back-handed blow on the nose of an obstreperous horse, and a bone in my hand is broken. I put my head under the water for five minutes, and I am drowned. I fall twenty feet through the air, and I am smashed. I am a creature of temperature. A few degrees one way, and my fingers and ears and toes blacken and drop off. A few degrees the other way, and my skin blisters and shrivels away from the raw, quivering flesh. A few additional degrees either way, and the life and the light in me go out. A drop of poison injected into my body from a snake, and I cease to move—forever I cease to move. A splinter of lead from a rifle enters my head, and I am wrapped around in the eternal blackness."

One would think this was the wrong message for a tense, frozen, deer-like health care worker on the way to war with a largely unknown virus. And yet the reality of Jack’s words wound around my spirit and provided a strange acceptance that felt very much like comfort. Comfort enough anyway to make it work and begin a day.

What followed was days of slow exhausting work. As other’s sheltered and television shows quipped about eating too many Funyums at home, our unit devised, rebuilt, planned, dug in and waited.

Now the virus was down the street at another skilled nursing facility. We realized we had shared staff with facilities infected by covid 19. Now we had enough masks, now we had a place to put two infected residents, now 5 now 20. No covid. Now we had enough postmortem shrouds, now enough body bags, now a plan for a temporary morgue.. Now always now, forever in the present, like good Buddhists we lived forever in now; day and night for weeks. No covid.

Sometimes I awoke  heart pounding at 4 am in the morning.

“I am aware that within this disintegrating body which has been dying since I was born I carry a skeleton; that under the rind of flesh which is called my face is a bony, noseless death’s head. All of which does not shudder me. To be afraid is to be healthy. Fear of death makes for life.” —John Barleycorn,

The raw words steeling myself during the day and then suddenly the other London, freshening my mind would lull me to sleep. Words I had originally sought to distract and seat  in another time yet sill here in the same windy environs of the Golden Gate. :

In California there are great redwoods…, some of them thousands of years old. . . in fact, the redwoods are as fine and magnificent as any to be found anywhere outside the tourists groves. Also there are great firs, tanbark oaks, maples, live-oaks, white-oaks, black-oaks, madrone and manzanita galore. There are canyons, several streams of water, many springs ... I have been riding all over these hills, looking for just such a place, and I must say that I have never seen anything like it.”

I am then asleep again with the invaluable faith and support of my wife  whom I have wandered these very red wooded hills so lauded by London.

Finally, our eclectic nursing unit, in one gesture, relaxes some. More smiles at work, less weary expressions, good food shared and something like camaraderie that will only deepen with time, (years?).

Today we wait. Like the Hugo Boats at Normandy waiting for the gate to drop and make a mad rush to the beach. Like waiting for the sail up the Hudson, like watching a mate in the Amazon for the first signs of Malaria or waiting for a rush of a tsunami after the beach has receded.

“And who knows what Romance, what Adventure, what Love, is lurking around the next turn of the road, ready to leap out on us if we’ll only travel that far?

If we imagine the devil around every corner we might miss the angels beside us.

And what was on my mind the March morning?

Well, I believed the earth had taken a long time to seek it’s revenge upon humanity for the ill treatment it never deserved.

Then I realized that the course of the virus was simply part of the earth as the earth sought balance.

Life achieves its summit when it does to the uttermost that which it was equipped to do.

And what was I equipped to do? Me, professional actor, organizational leader, past nursing student, amateur philosopher and finally drama therapist leading a young team looking to survive the pandemic.

One staff pregnant, another getting married, nearly all of them still in school.

I realized that there was almost literally nothing that I had learned in life that I was not now using, pulling on, exercising or re-engineering through this crisis.

Fear urged him to go back, but growth drove him on.

Today it is the best I can do. I have no deep philosophical or moral duty that I pull upon.

I am grateful I have a job and I have two legs to stand on.

That will have to do for today.